A Brief History of the U.S. Customs House

Built-in the American Victorian Gothic style, the U.S. Customs House first opened its doors in 1882 and served as the city’s first post office and housed the federal Treasury Department and Justice Department.  The cornerstone of the Customs House was laid by President Rutherford B. Hayes in 1877 on the first visit of a president to the South since the Civil War.  The prominent Nashville building was seen as evidence of President Hayes’ promise to end Reconstruction and an advancement for the South since the structure was the first federal building of its type in the former Confederate states.

Courtrooms were originally located on the third floor.  The building was later expanded when the rear portion of the structure was completed in 1905 and grew again when wings were added by 1919.  The second expansion included the grand two-story beam and oak-paneled courtroom that serves today as Courtroom One for the United States Bankruptcy Court.  The first judge to preside in this courtroom was U.S. District Judge Edward Terry Sanford, who later served on the United States Supreme Court.  Prior to 1922, there was only one federal district judge for the Middle District of Tennessee. All federal court proceedings in Nashville were conducted in the Customs House until the middle of the century.

With the post office’s relocation in 1935, federal courts soon followed into their own structure across Eighth Avenue in 1952.  For a time the Customs House grew into disrepair and had limited use, with no federal courts utilizing the building.  In 1972, the Customs House was added to the National Register of Historic Places. The federal government transferred ownership to Metro Nashville Government in 1977, and it was subsequently leased for redevelopment.

In 1982, a 121,000 square foot renovation and restoration of the Customs House was undertaken which entailed restoration of ornamental plaster, wood, iron, and stonework throughout the building.  The Bankruptcy Court returned to the building, and for the first time in several decades, a federal court again occupied the historic courtroom with its beautiful stained glass windows and other grand features.  In 1994, a 45,000 square foot interior renovation project was initiated to serve the needs of the Bankruptcy Court and Offices of the U.S. Trustee.  Today there are three bankruptcy courtrooms in the Customs House, and the courtrooms and bankruptcy-related offices account for a large portion of the space in the building.  Three judges from the United States Court of Appeals for the Sixth Circuit also have their chambers in the Customs House along with several other government agencies and a few private offices. 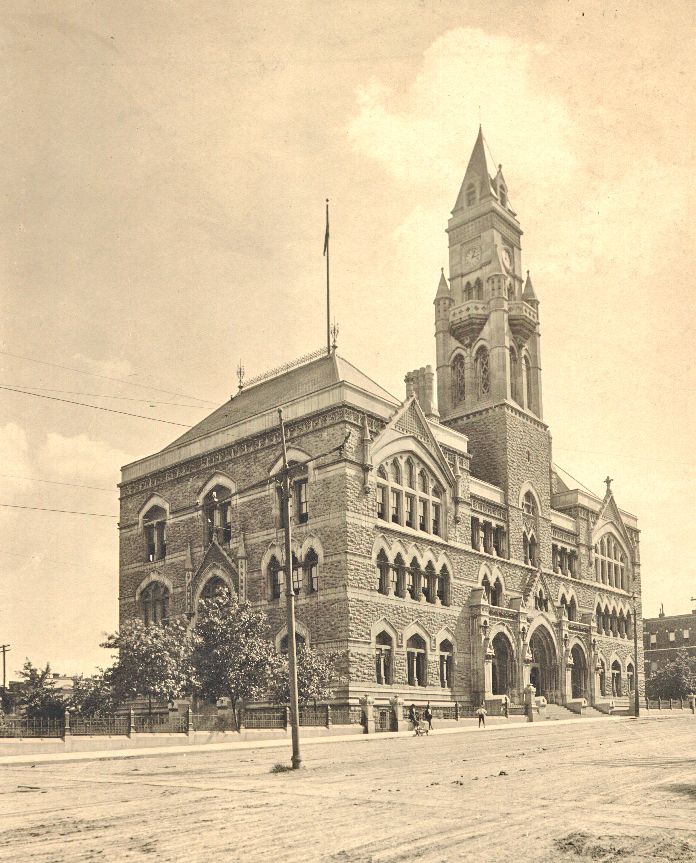